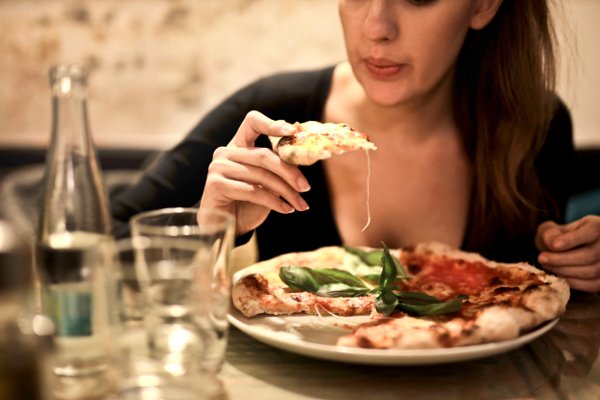 That’s certainly not something that you would expect to hear from my mouth regardless of the occasion. But last week, I found myself with a knitted brow and confused as to why I was having these cravings. For 12 consecutive days I found my bedtime matching the boys, around 8pm and sleeping until 6am instead of getting up for my usual 5am workout. Each day at lunch, I would needed a solid 60 minute power nap, unheard of for someone who typically needs complete refreshment from a 15-20 afternoon snooze. Who was this guy and what had he done with Dr. Awesome? As it turns out I was having a significant health expression and my body’s ability to adapt to environmental stressors had been shrunk to nearly nothing. But why was pizza on my mind?

If you ask me what I do for a living and you catch me in the right mood I will tell you that “I widen GAPS.” As with so many of my answers to your questions, my goal with this answer is to engage with you in the follow up question. In this scenario GAP stands for Generalized Adaptive Potential. Follow me, if I plug in and turn on all the appliances in my kitchen at the same time what does that do to the circuits in my house? It stresses the circuit to the point of potential failure and decreases its capacity to do work. Now what if there was something that I could do that would increase the circuit’s capacity to do work, would that be of value? Of course it would. That would be widening the GAP of that circuit. The body works the same way – load it to the point of near max and the amount of stress it takes to overcome that ceiling lessens. Once you finally overcome that threshold not only have you maxed out the system (and likely experienced a symptom), but you have lowered the threshold ceiling. This means that as you move forward you are going overcome the body’s ability to adapt with less stress in the past.

So what does this have to do with greasy pizza? In situations where the body needs itself in danger of overcoming its stress threshold it will often crave things that will metabolize into sugar very quickly, i.e. grains. What my body wanted was quick ammunition for its battle not recognizing that the long term effect would be further diminishing the body’s capacity to fight. Knowing what I know about physiology I resisted the urge to “comfort” my body with what it thought it wanted and I provided it with what I knew it needed – foods high in vitamins and minerals that wouldn’t further feed the invaders by turning right into sugar.

What does this mean for you and your family? The next time someone around you is feeling the ill effect of a lessened Adaptive Potential, resist the urge to give them fruit juices and comfort foods such as hot chocolate, saltines, toast, pastas or 7-up. Find nutrient dense foods with a lower Glycemic Index such as homemade soups with kale, celery and chicken stock making up a majority and watch the body flourish when given what it needs as opposed to the pizza it is telling you it wants.