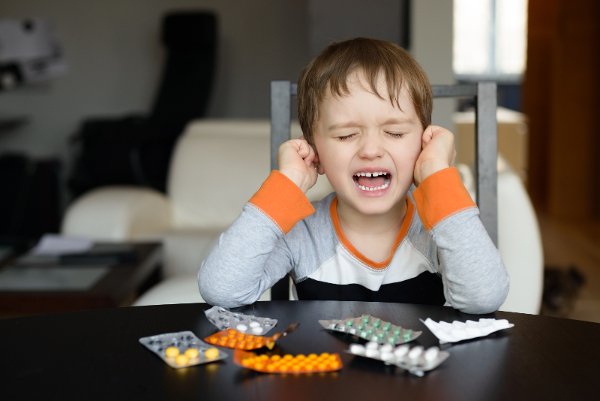 Ask most any parent about ear infections, and you will most likely hear one horror story after another. Ear infection (otitis media), is one of the most common reason for visits to the pediatrician’s office. It is estimated that over 30 million visits are made every year in an attempt to deal with this problem alone!

The most common symptoms of an ear infection include earache, a feeling of pressure, and perhaps difficulty hearing due to increased amounts of fluid. Teething often produces similar symptoms, even though no infection might actually be present.

Historically, the ‘treatment’ for ear infections has been antibiotics. This method of treatment has come under severe attack over the past several years for many reasons. The first reason is that most true ear infections are viral in nature – leaving anti-biotics not only ineffective, but harmful as they destroy the healthy, germ-fighting bacteria we need to overcome illness.

Secondly, the overuse of antibiotics has led to what is termed “antibiotic- resistant bacteria”. These bacteria have ‘evolved’ and changed so that even when a bacterial infection is present, the antibiotics are no longer effective in fighting off the bacteria. Because of this phenomenon, stronger and stronger antibiotics are being used, which is leading to more and more resistance.

So many children are on one antibiotic after another, stronger and stronger each time. Sure, many times the infection goes away, but it quickly returns with a vengeance, and so continues the antibiotic roller coaster.

Why do infections keep coming back?

The reasons the ear infections tend to continually reoccur are twofold:

First, antibiotics kill off most bacteria in the body including the helpful ‘good’ bacteria our bodies need. This depletes our children’s natural immune systems, making them vulnerable to many more infections of varying types.

Second, antibiotics merely attempt to treat the symptom of ear infections. They do not address the actual cause, leaving children more susceptible to having the infections return.

What’s the Real Cause?

A better question than how to treat an ear infection, then, is what is the cause of the infection in the first place? Quite simply, ear infections themselves are typically just a symptom of a greater problem. The vast majority of them are secondary to a cold or other infection, which result from a weakened immune system.

The obvious question from most parents now is: what can we do? The answer lies in a new level of thinking.

As a chiropractor, my primary objective is to address the root cause of health problems. It’s important to note – chiropractic care is not a treatment for ear infection. Chiropractic doesn’t “treat” any condition – but rather optimizes the body’s health level and healing potential.

In the case of ear infection, the neurological connection is simple: there are nerves in the neck that control the function of the ear. One example of how this can impact ear function: If there is pressure on one of these nerves, it can cause the muscle (tensor veli palatini) behind the eustachian tube to spasm, keeping the ear from draining properly. This fluid, combined with a stressed immune system, may result in an ear infection.

Ultimately then, this “nerve disturbance” can cause your child to experience the symptoms of ear infection. My job as a chiropractor is to detect this nerve disturbance (called subluxation), and correct it. It’s so much more than a job, though! Over my years in practice, I’ve seen hundreds of kids whose parents bring them in for recurrent ear issues. They continue searching for an answer – or a solution – or hope, because they know there has to be something better than constant illness, medication, and way-too- frequent trips to see the doctor.

Adjustments are gentle – most babies will sleep through an appointment, in fact. And when whole families come in for care, the kids race to the adjusting tables, each wanting to be first. Isn’t that a better scene at a health care office than what you’re probably used to?

Kids feel the difference with chiropractic care. I’ve had at least a dozen occasions where a parent reported their reason for an unscheduled drop-in- visit as “because my child asked for an adjustment.” No joke.

Chiropractic is the only health care profession trained to detect nerve disturbance, and correct that disturbance with gentle, specific adjustments with powerful results. By correcting nerve disturbance with a gentle adjustment, your child’s body is given the potential to heal, be well and to function as it was designed. It’s not an “ear infection adjustment” – it’s an adjustment that will have a positive impact on every aspect of their health. A higher functioning neurological system always results in more optimal levels of health and healing ability. Which results in happier kids, and less- stressed parents.

Through advances in technology such as Surface EMG and Thermal Scans, a chiropractor can easily detect if subluxations are present, measure the intensity of nerve disturbance, and monitor their correction as well. This enables the chiropractor to be accurate and objective, allowing for the best, most accurate care possible.

Correcting the cause through chiropractic has been shown to help over 80% of all children suffering with ear infections.

If you do find a trip to your medical office appropriate, know that you can ask for an ear swab – to be sure that an infection is really there (reports show often ear infections aren’t infections at all – just inflammation) – and if infection is present, that it’s of a bacterial nature, indicating there would be a reasonable expectation an anti-biotic might be more appropriate.